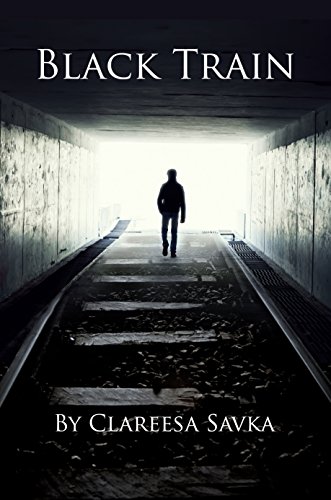 Life at the Station is safe.Comfortable.Complacent.Damien enjoys his life, his friends, his family. Even the new girl, Temperance, holds some intrigue. Yet the feelings that nag at him won’t subside: there should be something more.There are rumors - rumors that light will come to the Station. The Council members insist that the rumors are blasphemy.Is there more? How could there be more if Damien doesn’t have hope?A hope that shines a ray of light on a bleak and boring existence.Damien finds himself in the midst of chaos, destruction, danger, and grief as he seeks answers to the questions he has asked himself his whole life.

Wow! Color me impressed! This story ranks high marks in categories such as "unforgettable", "relatable", and "compelling"!
First of all, the allegorical imagery is strong: it is pretty obvious right off the bat what the "Station", the "Engineer", and the "Station Master" are all supposed to represent. For some, this might be a bit of a turn-off, they might be tempted to write it off as just one big cliche, but as a huge fan of C. S. Lewis' Chronicles of Narnia, myself, I didn't mind the obvious parallels to the Gospel story, and sought to give the book its best chance.
The first few chapters are a bit "rough around the edges" and tend to drag a bit, because Savka endeavors to get all of her characters in place, not just in clarifying the setting to inform the readers, but also setting up character dynamics. Its a common trait of debut novels--goodness knows my first publications aren't all that impressive! But the great thing is, once she gets it all out of the way, hang on, because the story really takes off!
I wasn't sure what age Damien was supposed to be, and at times he seemed much younger than he was probably intended--but the emotional connection was very much there. At its most basic, the redemption story arc, religious aspect aside, is a universal one, and very much present in any piece of literature dealing with the battle of good vs. evil, flawed hero seeking redemption, and basically any plot that is headed for any kind of message of hope--which really should be the end goal for any dystopian story, really!
In this universal application, Savka shines. She diverts from the overtly religious tone for most of the book, taking readers through aspects of life that anyone can relate to: the experience of loss, the drive for acceptance, the struggle of resentment, the ups and downs of relationships, how vital it is to be able to trust the people around you, and what it feels like when that trust is broken; there is trauma, there is small glimpses of joy, there is the allure of taking the "easy way out", deciding between a quick and temporary solution, or holding out for the lasting outcome... and most of all, there is hope.
The thing I appreciated most was the way Savka herself, as the author, didn't take the "easy way" and just insulate her main character against any kind of struggle, pain, or disagreement; Damien faces choices the same as you or I, of choosing between two valid and reasonable ideas; he goes through a particular situation that definitely applied to my own personal experience, and as she described the characters' reaction, I found myself re-living all of those feelings, vicariously through these characters. I will admit that there was a point when I thought I knew where the story was going, and I fully expected Savka to take the story in that all-too-common direction--but I am happy to report that she does not, and the twist she threw in was well-timed and really contributed overall to strengthening the plot and allowing for more character development than there usually is in this type of book!
There are so many things that I really enjoyed about Black Train, I think it deserves a full *****5 STAR***** rating, and I'm going to add an Upstream Writer Certified WHOLE-HEARTEDLY RECOMMENDED endorsement as well! This story is excellent for fans of dystopian stories like Maze Runner and City of Ember, and if you like allegories such as The Pilgrim's Progress, then Black Train is a guaranteed winner!
Further Reading: (Christian/Wholesome/Dystopian/Strong Imagery)
-Thimblerig's Ark--Nate Fleming
-Out of Darkness Rising--Gillian Bronte Adams
The Alexander Legacy--Sophronia Belle Lyon       -A Dodge, A Twist, and A Tobacconist        -The Pinocchio Factor
-Anamatus--Derrick Tribble
The Therian Way--Kimberly Rogers       -Leopard's Heart        -Wolf's Path        -Tiger's Shadow
Verona: The Complete Mermaid Tales--Pauline Creeden       -Scales        -Submerged        -Salt        -Surfacing
-For None of Woman Born--S. D. Curran
-Countless As The Stars--Steve Trower
The Chronicles of Lorrek--Kelly Blanchard        -Someday I'll Be Redeemed         -I Still Have A Soul         -I'm Still Alive         -Do You Trust Me?         -You Left Me No Choice         -They Must Be Stopped
The Cadeau Series--Connie Olvera       -Who Can You Trust?
The Time Tree Chronicles--Lisa Rae Morris       -The Emergence
-Abiding Flame--Pauline Creeden
-Sanctuary--Pauline Creeden
The Painter Place Saga--Pamela Poole       -Painter Place        -Hugo
The Goode-Grace Mysteries--Cyn Mackley
-American Goth
The Bhinian Empire--Miriam Forster
-City of A Thousand Dolls      -Empire of Shadows
Lord of the Wyrde Woods--Nils Visser     -Escape From Neverland      -Dance Into The Wyrd
Posted by Leslie C at 5:43 PM