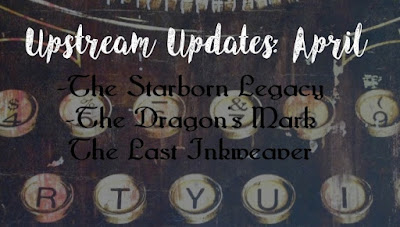 It's been a few weeks, but so much has happened since then! 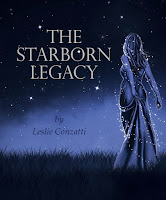 To begin with, I am just about to put the second round (and hopefully the last!) of edits on my short story for the upcoming anthology! I am super-excited about this, more so because when I got the first edits back last week, there were a lot of changes and tweaks made, and I feel like every one of them has made the story even better than the first time I wrote it! It's a great story by now, and I can't wait to see it in print!

Next on the Short Story Docket, the "Cinderella + Dragons" story I wanted to write was just not coming for me... I even had a mock cover and everything, and so many potential plots, you would think I would just be rolling in the words by now.... but no! Not even the advice and aid of the people who volunteered input would help make the words go like I wanted them to... Discouragement was imminent...
Then a friend happened to mention the epic plot I had come up with for "The Legend of The Ecrivaine", which, as some of you might know, was the theme for the second "volume of The Suggestion Box series. All of a sudden, in the midst of struggling to come up with something entirely new, I realized that I could just as easily re-purpose an old plot, the same way I did for "The Starborn Legacy." All of a sudden, the plot unfurled, my muse decided to cooperate, and I am pretty sure I can get something slammed out by May, just like I wanted!

Speaking of "getting things slammed out..... 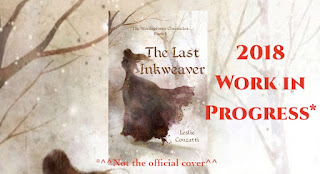 Huzzah! We now have 12 chapters, I'm finally OVER 50,000 WORDS (which, okay, I know I supposedly had back in November, in order to "win" NaNoWriMo, but in reality, about half of my winning word count was just the notes I had drawn up for it, not so much the actual story... but now that is not the case!) and the beauty of it is... I just compared where in the story I'm at in Draft 2 with where I had reached by 50K in Draft 1... and there's SO MUCH more story there, even as I'm going SO MUCH slower through the actual events of the plot! I know it's exceptionally wordy at the beginning, and it probably still is even at this point, but the fact that I was able to expand and expound, go farther and deeper with the characters is a massive encouragement, and I can't wait to see how many other changes unfold as I keep writing! For now, Callista, Terra, and Rowinna have survived an encounter with "Blackrope", a mysterious black vine with the viscosity of pitch, that seems to have a mind of its own and tends to spread all over everything... They have effectually joined forces with Matthias, who promptly took over as "the man of the group" and is leading them to Aberon... which, for those of you who followed Draft 1, you know doesn't turn out very well... Exciting times!

Also new this month, is keeping track of my writing with a site called WordKeeperAlpha.com. It's been absolutely fantastic! I can log words, and the graph shows up in pretty, customized colors, different for each project I'm working on... it's a great tool to have, and I'm pleased with all I've been able to do with it; even the "uncategorized" writing counts, and I'm getting the hang of all the writing that I actually do in a week or a month!

As far as reading goes... The next indie book I'm reading to feature is Fire's Song by J. E. Mueller; I've also been back to the library a couple times, picked up and read Magpie Murders by Anthony Horowitz, got the next book in Sue Grafton's "ABC Mysteries" series, featuring Kinsey Millhone (Letter S! I'm nearly done with the alphabet!) and also picked up Veronica Roth's Carve The Mark. I'm curious to see how well she does outside the Divergent series.

How about you? What have you been up to this month? Let me know in the comments!


Synopsis from Amazon:
14 high school English class favorites reborn. 14 ’punk versions you’ll have to read to believe! As a Connecticut Yankee is drawn from her bleak future life into the past, will the love and purpose she finds endure? After the robot Tom Sawyer’s house burns down, will Aunt Polly be safe if she takes him in? When Beowulf’s diesel-mechanized force of mercenaries goes up against their strongest foe yet, will it survive the conflagration that threatens their entire world? What We’ve Unlearned: Classics Go Punk is the fourth book in the series of ’punk stories (steampunk, cyberpunk, dieselpunk and more) inspired by classic stories you likely read in high school English class. Original stories are by Hans Christian Andersen, Jane Austen, the Beowulf poet, Carlo Collodi, Sir Arthur Conan Doyle, Charles Dickens, Rudyard Kipling, Jack London, Christopher Marlowe, Lucy Maud Montgomery, Sir Walter Raleigh, and Mark Twain. All profits are to be donated to PAWS Lynwood, an animal shelter and wildlife rescue located in the Pacific Northwest. If you like a fresh take with a unique spin—including dirigibles, roaring diesel engines, and mechanical beings becoming alive—then you’ll love this anthology by Writerpunk Press. Unlock What We’ve Unlearned: Classics Go Punk to stray a bit from the beaten path and reexamine what you love about your favorite stories.
>>>>>>>>>


It isn’t often that I reach the end of a book and immediately want to read it over again from the beginning... But when I do, it is definitely a good book.

The Writerpunk group does it again! I swear, this is one group of artists who don’t quit! After being slightly “on the fence”, as it were, about my feelings for the second Shakespeare Goes Punk anthology falling slightly short of the rousing success of the first, I can definitely return to those first feelings because SWEET MOTHER OF ALL THINGS PUNK everybody absolutely nailed it this time! I could practically hear the original authors laughing and applauding at the fantastic adaptations these writers accomplished!

The anthology begins with "A Connecticut Rigger In King’s Court" (based on A Connecticut Yankee in King Arthur’s Court), a delightful cyberpunk/steampunk adventure by none other than Lee French. I knew I was in for a treat when I reached a certain exchange of dialogue and could not stop laughing! It was a delightful synthesis of two eras, exactly the way Twain tried it two hundred years ago, and it boded well for the rest of the book!
After the feel-good story, the anthology took a dramatic turn into the sweet-and-slightly-creepy clockpunk rendition of Pinocchio, called “Aurelia Awakes.” The sheer magnitude of the concepts addressed in the story had me gasping. Those who know the story know just how dark it really is, even the Disney version, and it fits nicely into the genre twist, near-gothic vibe of the tale. Excellent choice, and a striking adaptation!
There was a “classic punk”edition of a Sherlock Holmes mystery… but I wasn’t altogether sure where the “twist” part came in, since it felt more like a repeat of the original than the other stories here, but oh well!
I admit I was terribly excited to arrive at last at Nils Visser’s contribution, "The Rottingdean Rhyme"—a delightful little steampunk adventure based on a Rudyard Kipling poem I hadn’t read… but all the Visser charm worked together to make a marvelous story and characters I was positively smitten with!
The next few stories were fascinating, more because I was unfamiliar with the source material for most of them, but on the whole, I found them interesting stories in their own right: In "The Scout", the cyberpunk rendition of a Jack London short story carries all of the weight of peril and isolation that comes with exploration in barren lands that the original author communicated—this time, on a faraway planet, cut off from the rest of civilization by many lightyears instead of miles of ice. I wasn’t familiar with the source for the story "The War Room", and while I found the dieselpunk "Bea Wolf" entertaining, again, it didn’t carry the familiarity of some of the others—such as the steampunk Tom Sawyer, "AutomaTom."
Zounds, Gyzander is good at what she does! Consistently, in all the anthologies, she delivers a poignant, heartfelt story with vibrant characters and top-quality entertainment value… and this was no exception! Aunt Polly’s interactions with the automated Tom hold a quaint sort of intrigue, and the conflict she builds is both singular and full of hope. Marvelous!
Of course, as I ramble on through this review that wasn’t supposed to be this long (I’m trying, I promise!) I cannot dismiss my feelings for the “myth-punked” version of The Little Mermaid, titled "Muddy Water Promises." Striking, beautiful, and enchanting—it would be exactly what I would want someone to come up with, as far as adaptations of this story go, and Michelle Cornwell-Jordan executes it spectacularly.
As for the rest of the anthology, they were mostly steampunk: Anne, Buttons and Birds, based on Anne of Green Gables in absolutely the best way possible; a beautiful multi-punk rendition of a poem I didn’t know; A new rendition of Northanger Abbey (Set in a space colony, no less!) called "Of Folly and Fallibility" (Though this source work is one of the few Jane Austen I hadn’t read, but her quaint charm effused through even this delightful adaptation!); Jeffrey Cook and Katherine Perkins (or as I like to call them, “The Wonder Duo”) teamed up again for a Steam-, cyber-, and Teslapunk version of A Christmas Carol called "The Consolidated Scrooge" and it is not to be missed—finishing off with a rousing steampunk “Huck Finn Versus The World”, which had quite a lot to say about the portrayal and judgment of “coggers” that would have had Twain himself handing out lusty huzzahs!

It goes without saying that this book gets a *****5 STAR***** rating, and the biggest most heartiest Upstream Writer Certified EMPHATICALLY RECOMMENDED. This review has rambled on long enough, but I cannot stress how important it is for everyone reading this to add this delectable tour of classic literature in new and exciting ways to your bookshelf, as a fitting contemporary companion to all the works represented therein.