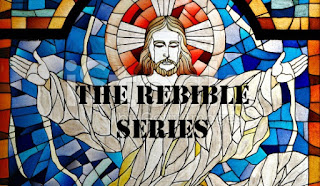 Below you will find links to every excerpt I have posted on the stories I have started so far for a series of books that basically retell Biblical accounts of several well-known figures. 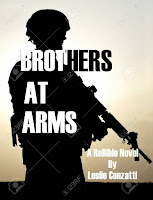 Set in the early 2000's. Young Joseph is a greenhorn cadet fresh from West Point, deployed suddenly with a squad of seasoned operatives into the Middle East, where he must reconcile with betrayal from his countrymen while avoiding execution at the hands of his captors.
Excerpt: The Betrayal
Excerpt: Joseph's Story
Excerpt: Forbidden Treasures
Excerpt: Codebreaker 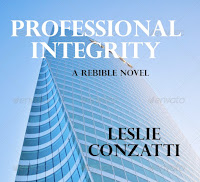 Byblos--the most well-established, widely-distributed corporation in America, has been buying up smaller companies and forcing small businesses to close, absorbing their workforce into itself--such as the company Daniel works for. Can Daniel and his three friends maintain their professional integrity in the face of an employer who tries everything to get them to compromise--even threatening their lives?
Excerpt: Escape from Byblos ]       [ Excerpt: Orientation
Excerpt: Corporate Takeover  ]       [ Excerpt: Kill Order
Excerpt: Leaving St. Louis
Excerpt: Arrival

King of The Roses (David)

Set in modern-day Portland, Oregon. David works at the local animal shelter, in a neighborhood community led by Big Sulley MacDonald. Lately, Big Sulley has been battling inner demons since his fall from grace in the eyes of local pastor Samuel Oldman. There's no telling what he might do when he finds out that God has ordained David to take over as "king of the block", and not Sulley's son Johnny.
Excerpt: Introduction by David Jordan
Excerpt: Siblings
Excerpt: Gearing For Battle
Excerpt: David Versus Goliath 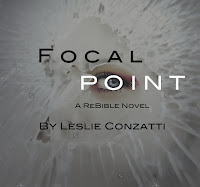 Set not long after the events in "Professional Integrity", and in roughly the same location, this is the story of Esther. She is a young woman who has been living in relative anonymity under false identities with her father--but when the call goes out requiring all young women to report to corporate headquarters in a pageant-like competition to become the new personal assistant to the corporate President, that quiet life is shattered. Can Esther maintain her focal point on the things that really matter, while keeping her true identity (which might get her imprisoned or killed) a secret--or will the public nature of the competition make her the center of the biggest scandal in corporate history?
Version 1 Excerpts: Paristown, CA -->  Office Party -->  The Invitation
Version 2 Excerpts: Tricia Carson --> Trespassing The Sanctum --> To Honor A Hangman --> The Octogram of Obligation --> The Valentine's Day Vigil --> Deleted Scene: "The Xenial Xenologist" 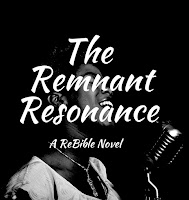 She was known as the Black Lily of Harlem, in the height of the Harlem Renaissance.
He was the son of a successful businessman, set to succeed his father and go into the business working alongside his brother once they graduated from college.
Tragedy strikes twice over, and both the "poorhouse" girl and her mother-in-law become widows without homes or incomes, one right after the other.
Now, bereft of family and fortune, the matriarch must return--in relative disgrace--to the family plantation in the Deep South. The Black Lily offers to come along, but is it any comfort? What can two women from vastly different social circles do to keep a large, empty plantation from falling apart completely? 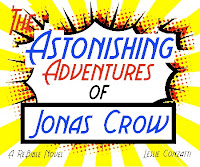 Jonas is a comic-book geek and renown conspiracy theorist--who actually managed to predict the failure of a legislative measure that threatened to turn every business in town into one giant corporation. One day, Jonas "decodes" a message that seems meant for him--telling him to march into the corporate offices of the very business he warned against to deliver a potentially fatal message.

Excerpts: The Day It Came True ---> Infiltrating the Con --->
A Visit From Deus Maximus --> A New Mission --> The Corvallis Catastrophe

Told in pre-Civil War Southern setting. He was the son of an African slave and a white overseer, with skin light enough that, rather than risk him being sold deeper into slavery, his parents left him on the doorstep of an orphanage. Adopted by the wife of a prominent plantation owner, he grows in relative affluence--until the fateful day he discovers his parentage, and learns his calling: he must travel back to the plantation that owns his mother and somehow set about securing the freedom of not only her, but all of the slaves there. Dare he go down into the mire his mother sought to save him from?
Excerpt: A History Revealed

"The Mother-Lode": The story of Jacob, Esau, Isaac, and Rebekah, told in mid-19th-century Western setting. It starts with an elderly couple who decide to join the trek westward on the Oregon Trail. The odds are decidedly against them, and there is no telling what awaits them at the end of their journey (should they survive it), but they learn to trust the God who called them to leave the land they knew as home--and that faith would be an important legacy to pass down to their descendants. But will their children and grandchildren, who do not know the pain of leaving the known for the unknown, be content with a legacy of faith, or will they cast it off for the allure of gold?

"Proof of Life": Set in modern times, the gospel of Luke and the book of Acts as told by a country doctor commissioned by a wealthy patient to discover the truth behind rumors of a powerful evangelist and a zealous, reformed intellectual who both seem motivated by the same source to go places and do things far beyond anything they have ever done before.

"Echelon": The story of Noah, told in a sci-fi setting. In the far future, the oppressive government has spawned new forays in the realm of space exploration and terra-forming. A faction of Earth citizens stage a global rebellion and depart from Earth to colonize and populate NARCIS--a one-in-a-million chance as a satellite capable of supporting life passes close enough to the solar system for the rebels to reach it. One hundred years later, the entire population is a perfect picture of communal anarchy-cum-tyranny in a tenuous hybrid between the two forms of government. Out of this world, one man receives an unexpected Visitor, One Who makes a very strange prediction: NARCIS will be obliterated, much like Earth nearly was. There is only one way Nerom (Noah) can save himself and his family, and receive the opportunity to found a new world, Echelon. But he will invite scorn and perhaps even excommunication for it. Dare he risk putting his family through such an absurd circumstance? Dare he even tell them the news? Everyone on NARCIS believes that they will live forever, that the Free People will never die out; what can Nerom do to make them see the truth?