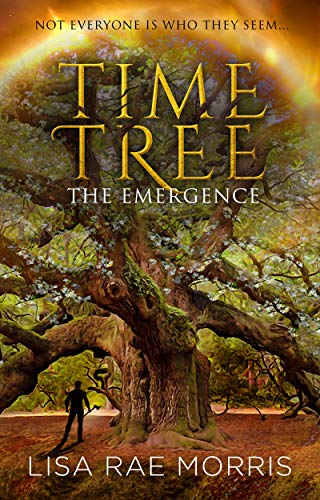 Iris Jacobs wants to be taken seriously. She’s a newly minted college grad, ready to take on the world of historical research. What she finds instead is high rent and a job posting on a tacky flyer. Soon, she’s blowing bubbles while leading songs she doesn’t know, and calling BINGO games while breaking up fights between elderly dementia patients in a nursing home. She’s immersed in a world where you can’t believe a word anyone says. Except one man. There’s something different about him. Psychiatrists have declared him incompetent because, although he appears to be in his eighties, he claims to be a twenty-four year old master craftsman from Scotland. Strangest of all, his story checks out… about a hundred years too early. If Iris chooses to believe him, their unlikely alliance will test everything she believes about faith, love, friendship, and most of all, herself. Her quest to bring about his freedom will shake the very foundations of Time itself… and could cost her everything.

Wowee! What a trip and a half that was!

I love a good time travel story, and I am absolutely an enthusiast of All Things Scotland. So if you give me a book that involves both of those things, you've got my attention; do it well, and you have my unflagging adulation.

I began reading Diana Gabaldon's series Outlander (and also watching the show) at the recommendation of a friend. Two things I will say about it: yes, the rumors you've heard about it are true; no, it wasn't a complete turn-off--I've read worse in novels that don't even warn you ahead of time. I appreciated Gabaldon's style, and she's dealt with the subject far better than a lot of other authors.

But that's not what this review is about. I'm just giving you context for where my tastes for "Time Travel and Scotland" have led me.

BUT THEN ALONG CAME A TIME TREE.

What a novel concept for a time travel device! A tree that is carved into something useful, but ends up serving as a portal into another world... Sure sounds like a classic favorite of mine! Morris takes after the masters of fantasy and portal fiction, setting up both worlds in very realistic detail, balancing two timelines, two main characters--and then melding their lives together in ways that will have you gasping, giggling, and cheering all the way through!

I love the way we get to know absolutely every character, but it doesn't feel like too many names to keep track of, since each one comes with their own batch of quirks and characteristics, even the Three Irenes--senior ladies who share the same name, but not the same manner of interacting with other people! (On that note: I should probably mention that Ms. Morris is a dear friend of mine, so there are a few characters that I happen to know are based on mutual friends--which made it all the more entertaining to see them in this story!!) Not a single beat or moment was wasted, even the smallest of instants have an impact further along in the story, or contributing overall to the character's arc. I loved the way that even though Morris included some characters who had a more omniscient view of things, she still managed to maintain the mystique, doling out clues and hints carefully, not spoiling too much all at once, but allowing the reader to try and put two and two together themselves. It made for a much more engaging and enthralling story, than if she'd just had those characters directly stating everything!

Time Tree: The Emergence truly emerges as a stellar fiction debut for Lisa Rae Morris! Without an ounce of reservation I give it a full *****5 STAR***** rating and add in an Upstream Writer Certified WHOLEHEARTEDLY RECOMMENDED endorsement. This book was everything I ever wanted to see in a "time travel with Scotland" adventure! The beginning caught my imagination at once, the middle kept me occupied and flipping pages frantically, wondering how on earth these characters were going to solve all these complex issues without causing even more problems (Grandfather Paradox, anyone? How about the Butterfly Effect?) and the ending came with a rousing sense of immense satisfaction... Followed by an epilogue that really kicked things up a notch and gave a definite sense of more to come! I think we're in for a series, folks, and I. Am. Here. For. It! Pick up a copy at your earliest convenience (especially if you're pining for more Outlander!) and don't miss a single glorious moment!