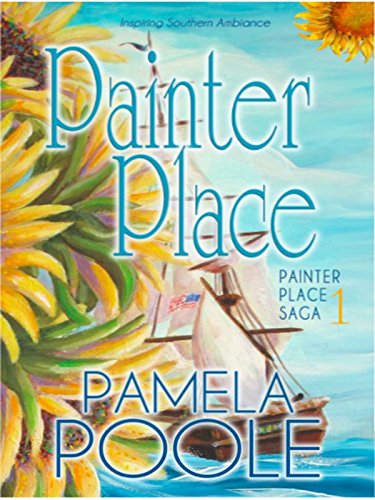 An island. An artist. A secret.In June of 1985, Caroline Painter's uncle whisks her away from her island home at Painter Place to film an art video in the harbor village of Mevagissey . But instead of clearing her head, the young artist becomes entangled in adventure on the English Channel when she influences a rock star's contract and the media launches her into fame. When she returns home, she discovers a shattering secret that makes her question everything in her life. Can she trust the only one who says he understands?
>>>>>>>

Okay, first of all, I am not diametrically opposed to Christian books (though I have some choice words on the more disheartening tropes of Christian fiction...). Sure, I tend to find more enjoyment in other books, regardless of whether the author is a Christian--but that doesn't mean that I haven't come across great books that adhere closely to explicit Christian values and beliefs.

That being said, the thing that turns me off most of all is if the author's agenda is explicitly stated, restated, and emphasized over and over again. It's akin to getting smacked with a glove every time it happens, regardless of whether it's a "good, Christian message" or a firm stance on Darwinist evolution. (I'm looking at you, Scott Westerfield's Leviathan!) But I digress... More on that later!

Since this is a debut novel, I really do want to start with everything Ms. Poole did right.
The premise, as chintzy and "garden-variety Christian chick-lit" as it might be, actually works (mostly), and provides ample tension and drive until the principal conflict is resolved. Knowing that the author is also an accomplished painter gave me an appreciation for the way that she constantly paid close attention to texture and colors, clothing, and hairstyles. A more impatient reader might be a little bit irritated that the character descriptions teetered on the brink of being too "Impossibly Good Looking" and constantly complimented on their appearance--but then again, let's just admit it: clean skin is easier to paint, so of course it would come to a painter's mind just exactly in that way. She composed her scenes just like a series of paintings, and everything came together in vivid detail. The characters were distinct enough that I could picture each of them--or at least hear the different voices in my head. I especially liked the character of Baker--mostly for the accent I imagined for his voice! Very well done. The ending tied everything off very nicely, but left the future open for the characters, so you know there is more to come in the lives of Caroline and Chad and the rest--but for now, you can close the back cover with a contented smile on your face.

The thing that really fell flat for me, though, in reading this, was the way that some of the scenes that could have been the most impactful were somehow lessened by the dependence on exposition and "leading" conversations (the way specific characters brought up specific topics, phrased in a specific manner in order to manufacture an opportunity for the characters to have a specific type of response) that came across as rather "preachy" instead of directly meaningful. I won't go into detail, in the interest of not spoiling the book at all, but there were definitely things that came up in these discussions that were very obviously "key principles" espoused by the author, but which might not apply to the average reader--indeed, a sensitive reader might respond negatively to such "in-your-face condemnation", some of which I felt was rather unnecessary to portray that thing in that light, merely to make that point that doesn't actually serve the plot. There are other methods of writing a good, clean adventure without advertising right there in the text "We have only the good, clean stuff here! Nothing inappropriate like cussing and drinking and fooling around!" (*Not an actual quote... but definitely a theme that ran through the narrative!) Adding to that the way some of the angst and conflict seemed pretty contrived for the drama's sake, not any kind of systematic build--pretty much on par with your typical Hallmark movie, come to think of it! That kind of drama peeves me more than any other, I think.

But again, it wasn't enough to stop me from seeing the book all the way through. Truth be told, it was quite compelling in places, and yes--it did leave me relaxed and contented by the end, so kudos to Ms. Poole for that! On the whole, I feel that PAINTER PLACE definitely earned a ****4 STAR**** rating. A decent enough debut, and worthy of an Upstream Writer Certified RECOMMENDED endorsement. If you enjoy quaint, small-town, Christian romantic literature like that of Jan Karon, or Karen Kingsbury, then let PAINTER PLACE put a smile on your face!