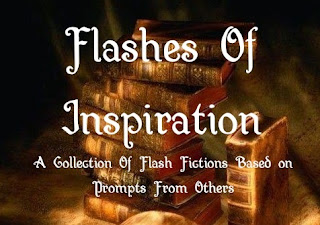 Prompt: “There is no relief in living when you know you should have died.”

Three years, six months, and twenty days.
That’s how long I spent pursuing the secrets of immortality. I chased down every theory, followed rumors across all seven continents, replicating as many experiments as I could, all seeking the one that would supply what others only promised.

I was just running out of time in my seventh month of Year 4, when I encountered the most extraordinary sight:

He wasn’t at all conspicuous. He sat on the bench next to the fountain almost every day. To everyone else, he was just a harmless, lonely old man who liked to sit and watch the people pass by. But I knew the truth.

He hardly moved when I came to sit next to him.
He didn’t speak when I leaned over and whispered in his ear, “I know who you are.”
I plunged ahead, confident that he would respond, given the right opportunity.

“During World War 2, you were General Bartholomew Price of the US Air Force; you engaged the enemy numerous times, survived more dogfights than any other pilot. Before that, you joined World War 1 as Stephen Dirk, a midshipman in the Royal Navy. Your boat sank, and no survivors were reported—guess they didn’t know about you! Before that, you were Jeffrey Clay, a soldier on the Confederate side of the Civil War. They said you fell at Gettysburg... and Little Round Top... and Saratoga...”

He was trembling now, the piercing gaze that had stared at me from ancient, yellowed photographs now fixed on my face.
“No...” he whispered. “No...”
I had just covered the last few centuries, but I had more. “Before that—“

“Enough!” He leaped up from his seat, not even bothering to use his cane for balance. Instead, he flourished it at me like a sword. “How did you find me? Why did you find me? What do you want?”
I stood up, reaching out to coax him back to his seat, as people were beginning to stare. I didn’t want people to think I was just a rabble-rousing youngster terrorizing this frail old man for the fun of it.

“I want to know how you did it,” I answered softly. “What is your secret? I have been hunting for the secret to immortality for a very long time now, and you were the one who came up again and again in the historical records I found. You tried to change your name, you tried to hide each time, but I found you! At least give me some sort of hint, in return for my tenacity!”

The man—he went by Old Mike Jefferson in this century—stared at me, the pain in his eyes melting to pity and disbelief.
“Your reward? You want my secret? Young man, the reward is that you may keep your temporal existence, knowing that you are not throwing away the one life you have in the pursuit of the one you never will achieve.”

I frowned. “What’s that supposed to mean?”

Old Mike tugged on his bushy white beard. “You think I asked for this? You think I found some trinket or happened upon a magical spell that I entered into, full of the knowledge of exactly what I was doing? You think I wanted to fight in all those wars, only to wake up in a coffin, a morgue, a hearse, a mass grave? You know the names I made for myself—but do you even know me?”

A dreadful chill settled over me, seeing his wide, frantic eyes.
“Who...” I gulped. “Who are you?” I whispered.

Old Mike straightened with a mirthless smile. “Where I am from, they call me Prince Derrick. I was next in line for the throne. All I needed to do was find my Queen, bring her home, and I would rule the land.” He shook his head, as his features scrunched. “This magic spell you seek? It is a curse, placed on me by a witch who wanted to seize power. I was on my way to a ball in another kingdom when the spell took effect, and I found myself transported from my world to yours, with no money or status, no idea how this world works.”

We sat on the bench, two very different people than we had been when we left it. I was now the greedy young villain, and he the shaken hero past his prime. Now it was my turn to sit in shocked silence while Old Mike rambled on.

“I knew that I had to break the curse in order to return to my rightful place, but in order to do that, I needed to find my True Love, my Queen.”

A prince from another world? I knew he had been suspicious, but this truth was beyond anything I ever expected!

“The curse,” Old Mike explained, “said that I would not die until I found her. Of course, I did everything I could, for the first few centuries. During the spread of the Roman Empire, I chased after every woman I could, looking for the one I sought. I didn’t care what happened to me, because I knew that I would live as long as I hadn’t found her yet.”

“The wars?” Old Mike raised his eyebrows. “It was during the Dark Ages, about the time of the Black Plague, when I knew my True Love was very near.” His voice grew hoarse, carrying a strange catch I didn’t understand. “I was so concerned, that when I actually caught the plague and broke out into all those hideous boils, I wanted to die, but all I was concerned about was staying alive and getting well so that I could keep searching for her.”

I frowned. “But the plague... there wasn’t a cure. Once you caught it, you died.”

“Unless you were cursed,” Old Mike muttered, with a dark chuckle. “I know. I was the only person who recovered, and as soon as I got better, I went out in search of my True Love—not knowing that she had, in fact, been the nursemaid who cared for me the whole time I was ill.”

Old Mike nodded. “By the time I figured it out and returned to the hospital, she had already been taken with the disease. She had shown me nothing but kindness and I had rebuffed her, in my selfishness and vanity over how horrible my diseased body looked!” Tears glinted in his eyes, and his shoulders quivered. “That is why I fought in all those wars. I wanted relief, from the guilt I felt for not recognizing my Queen, and from this endless existence of being the ‘sole survivor’ and having to change my identity every time I ‘died.’ But I found no relief. I had missed my chance at True Love, and so I have been forced to carry on, being struck down, blown up, dismembered, eviscerated—all knowing that I would never see my kingdom again.” He gripped my hand with the strength of a much younger man. “I beg you, live your life. Find the ones who love you, and keep them very close. Do not pursue immortality, thinking that it will make you brave or relieve you of whatever pain you wish to leave behind. The bravest men are the ones who know they have but one life to live, and they give it up for someone else. I promise you, there is no relief in living when you know you should have died. Promise me you will end this infernal quest, and be satisfied with the life you have!”

I nodded, almost unwilling to speak. “I promise.”

That was the last time I ever thought about immortality. It was also the last time I saw Old Mike. Had he passed on? Moved away? I often told myself that he had somehow found a way back to his own kingdom. I can only hope it’s true.
>>>>>>>>>>>>

Did you enjoy that story? Tune in every Friday for more "Flashes of Inspiration"!
Posted by Leslie C at 9:08 AM