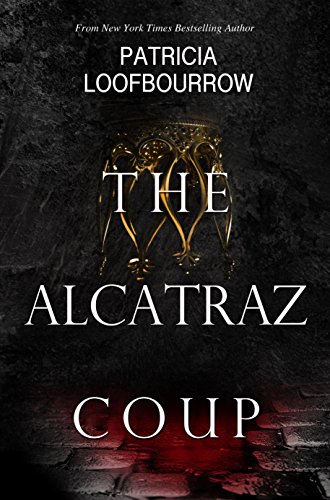 
What if the man you swore to protect ordered you to commit genocide?
Fifteen hundred years after the Catastrophe, Inventor Benjamin Kerr built the domed neo-Edwardian city-state of Bridges in the center of the former U.S. Three hundred years later, Bridges is in trouble. King Taylor Kerr is elderly, the economy is struggling, and corruption is rampant.
Forty years ago, a fence was built outside of the "Pot of Gold" — the city proper — to keep out the growing numbers of homeless. This number has increased to over a hundred thousand, whole generations knowing nothing but life in the tent camps.
Xavier Alcatraz is head of the Palace Guard. When King Taylor is assassinated by his son, who then gives the order to slaughter everyone outside the fence, Xavier must choose between his vows and his conscience, making a choice which will affect Bridges for generations to come.
Set 100 years before the Red Dog Conspiracy series, this dark, violent story brings you a collision of science fiction, steampunk, and war fiction - Downton Abbey meets Black Hawk Down in a city gone mad.
>>>>>>>>>>>>>>

Boy-oh-boy! What a ride!

Loofbourrow absolutely nails it with this prequel novella. I am continuously impressed with the level of world-building she has accomplished, and how thorough a history she has created—all centered around a card game, Bridge. That’s even what the city is called, Bridges. I didn’t realize it until I went to look up this book online—I just thought it was called “The Alcatraz Coup” because it was a political coup orchestrated by a character who happened to be named Alcatraz.

People. An “Alcatraz Coup” is a very clever and “illegal” move in a game of bridge, wherein certain players can get other players to reveal certain cards by a series of moves I don’t understand because I don’t comprehend the game bridge. But this is why the series is so brilliant. She’s naming specific card moves, specific card values (“Jacq of Spades,” “Queen of Diamonds”, “Ace of Clubs”, “King of Hearts”, to name the ones in existence so far) and just about everything about the whole world is card-related: a religious order worships a “divine entity” of sorts called “The Dealer,” the four principal families are all named after card suits—and in “The Alcatraz Coup”, we learn just how those four families came into such power and came to control the land against such sharp divisions, since the city was originally intended as a common utopia for all residents. It’s brilliant!

I love the sympathetic characters Loofbourrow creates. She crafts them slowly and carefully, building to an inexorable crescendo that pulls out all the emotional stops. They are ones that others tend to overlook, just extra names to fill in background roles—until time calls upon them to rise to the occasion, and then they are swept up into a frenzy of peril and intrigue that threatens to devastate them, or bolster them into heroic acts. Xavier Alcatraz, Acevedo Spadros… The cleverness of their character arcs is extremely satisfying. Who would think that a common history teacher who is committed to helping his students understand the origins of their community would be connected to a prominent and violent mafia family? Or what about the man who served as the captain of the King’s Guard, framed and disgraced by the king’s own son (a power-hungry, murderous madman) would be the key to the greatest upset since The Catastrophe?
The whole adventure plays out like a card game, with suspicions, mysteries, machinations and negotiations—and once you start, you won’t be able to stop reading until the matter of The Red Dog Conspiracy is resolved!

THE ALCATRAZ COUP earns a full *****5 STAR***** rating, and comes with an Upstream Writer Certified HEARTILY RECOMMENDED endorsement. Packed with excellent characters, a superb premise, stellar world-building, and a finely-toned conflict, Loofbourrow provides her readers with the perfect gateway into her main series, The Red Dog Conspiracy. *Note: This also feels like the perfect time to mention that the first three books—Jacq of Spades, Queen of Diamonds, and Ace of Clubs—also come together in a Red Dog Conspiracy boxset (yes, the text is linked) that I would say is definitely worth the price! If you like steampunk and you’re looking for excellent characters of either gender, both heroes and heroines that get your heart pumping, and villains that make your skin crawl—The Red Dog Conspiracy has it all!