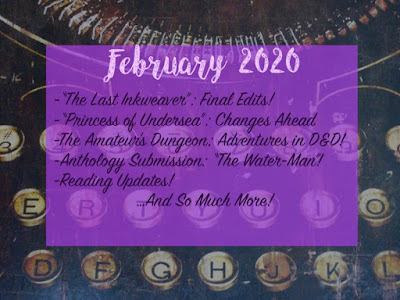 Well, I figure, with all the free time I have this week due to Coronavirus Voluntary Confinement (I'm not sick, by the way--just not working while the schools are closed, and I don't really have very many compelling reasons to leave the house just now!) I might as well sit down and jot out an update for you guys. We're halfway through March, but I'm doing a review of February.

Okay, first off, it was a short month, and a lot was happening, and major stress (like, I BOUGHT A CAR kind of stress!) so yeah, I was actually surprised that I was able to accomplish all that I did! However, I'm still not back to my old productive self--so there's one benefit to having the time right now, so I can hopefully work to develop the focus and discipline I need to get that stride back!

Anyhow, let's dive in to what I'm working on!

I didn't get so far in February, but I'm happy to report that as of this point, the first round of edits is finally DONE! There was a lot... I'm rewriting the very beginning (which was shaky from the start, so that doesn't surprise me in the least... and I absolutely love the ideas my editor gave me, so I feel like I have a pretty good handle on what actually needs to be said up front, in a way that will really hook the reader in!) and also I'm combining two consecutive parts in the middle... and then beyond that there are a few places that either need to be wholly rewritten, or just tweaked a little, or detail added in-- so that's going to be tricky right there!

Something I decided in February too was that I would not be able to finish the serial "Priscilla Sum" in time to submit it for the Myths and Monsters anthology... so I'm still plugging away as I'm posting it here on the blog! Have you been keeping up with it? I must admit, I've almost caught up with myself, and the details and scenarios for which I only have the vaguest sort of general notes are remaining stubbornly vague and general... But I'm going to do my best to get it humming again while I still have plenty of time! I'm really having fun developing the characters, foreshadowing what might happen next, and building the story--I hope you all are having fun following the series!

Speaking of Myths and Monsters, the story I am submitting is still probably going to be the urban-fantasy-romance-cum-whodunnit, "The Water-Man." Currently undergoing some edits and acquiring commentary, courtesy of Claerie K--someone who's beta-read for me before and she has done and is doing a spiffing job!--so I think if I can get her comments addressed and tidy it up in time for the submission deadline, you'll be able to read it in the anthology, come June! 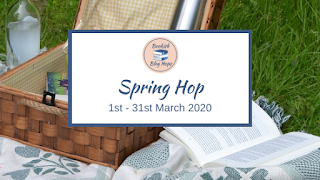 I think the thing that helped me to "stay afloat" word-count-wise during February, was going through and answering the questions for the latest Bookish Blog Hop. It's been fun so far to see the answers going out (except one or two of the first few days when I totally meant to go back and edit my answers, but did not so they got posted as-is and it's dreadfully embarrassing!) and it's definitely worth checking out, if you're also under "social distancing confinement" and hunting around for something fresh and new to read!

Princess of Undersea: Soon To Be Under New Management!

Something else that happened in February was that I signed on with a PR person to help me spread the word about myself and about the one book I have published... and in the course of the discussion, I ended up deciding that I would actually begin taking steps to "un-publish" the current version of Princess of Undersea, and self-publish a new, spiffed-up version! That's not happening for another couple months though, as I still have a lot to learn about the process and I have to make sure I have all the pieces lined up... but yeah, at least by summer (if all goes well) you should see the same cover but with new content inside, such as the tie-in stories and epilogue scene, and a fresh new bio for you all! Wish me luck! 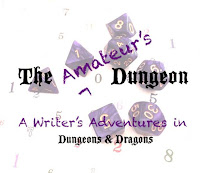 Yet another writing foray that's just launched in the last month is my very first attempt at being a Dungeon Master! I went from knowing little-to-nothing about Dungeons & Dragons to sitting at the table with my brothers and their friends, taking a four-man party through a village where a Dhampir is causing trouble as he tries to raise an army of the dead to try and take out the city's governor. The part I think I found the most fascinating was the level of detail possible in a world-building exercise like this! I ended up just rolling the dice and using the tables of suggestions from the Dungeon Master's Guide to formulate my premise and whatnot--and it's going to be very tricky trying to come up with conflicts and encounters for this rambunctious team to face and overcome... but the good thing is, they've already displayed some excellent teamwork already, and they've done a really good job at guessing on my hints, I haven't made it too easy with telling them where to go and what to do, and yet it's not so confusing that they're headed in completely the wrong direction. The thing that I know I need to work on is getting more comfortable with providing an open world they can explore, not being too worried about my plot that there isn't any room for them to do anything else but follow it. They're a curious bunch, and I think we all can really have a lot of fun if I can just get in the "zone" of being flexible and improvising! (and if anybody reading this has ideas about what kind of shenanigans or encounters are fun to do in a D&D campaign, feel free to leave a comment and let me know! I'm open to ideas, to help me in the learning process!)

Well, I admit, I've been doing slightly better over the last month than I did during January! In the last update, I mentioned the two books I managed to finish by the beginning of February: Saving Faith by David Baldacci, and Prey by Michael Crichton. I also finished the ebook City of A Thousand Dolls by Miriam Forster, and you can follow the hyperlinked text to read my review of the book.

Meanwhile, since the Coronavirus outbreak was announced, I've been at home doing lots more writing and reading than I ever thought possible, and managed to finish a second ebook and three more library books: I read and finished Grave Tidings by R. R. Virdi (and loved every minute of it--so much that I cannot wait until the next book in the series comes out!), and also Veiled Rose by Anne Elisabeth Stengl, Until We Meet Again by Michael Korenbilt, and Magnus Chase and The Ship of The Dead by Rick Riordan. I seriously enjoyed all three of those books, for vastly different reasons.

Veiled Rose carried within it all the magic and wonder of a good fairy tale, with the strong moral message and spellbinding storytelling that just continually draws me back to Stengl's books again and again! Until We Meet Again was a harrowing story, as many tales from Jewish families during the Holocaust are--I admit, it was a little slow at first, but the story focuses on the two characters at its center, Meyer and Manya, and the account quickly turned from tentative and methodical to gripping and intense! Lastly, Ship of The Dead was a romp, pure and simple, from start to finish. I giggled, I gasped, I shouted at the characters--and it finished well enough, so I was happy.

Now that those are over with, I'm going to see if I can't get the last two books out of that original batch read before the end of the month: Spinning Silver by Naomi Novik, and The Stars Below by David Baldacci. Once those are done, I actually have a second stack of library books, which I picked up literally the day before all the closures were announced. They are: Empire of Shadows by Miriam Forster (yes, the sequel to City of A Thousand Dolls! I really didn't expect to find it at the library, but there it was, so I had to pick it up!) I also got Seraphina by Rachel Hartman, a book I've wanted to read ever since I laid eyes on it because DRAGONS! and Inquisitor by Carole and John Barrowman--the dynamic duo who can really turn out an exciting book is at it again--this time with a continuation/spin-off of their marvelous Hollow Earth trilogy! Finally (and I'm not sure about this, we'll see when I get to it) I did pick up Beastly by Alex Flinn. I love a good fairy tale re-telling, and I do remember being really fascinated by the premise when the film came out... Well, the film itself was a disappointment, so this is me, hoping (praying!!) that "The Book Was Better" holds true here!

Wish me luck, and I'd love to hear everything you're up to! If you are stuck at home, like me, and looking for something to read (like me)... but unlike me you're not the type to just have stacks of unread books around your house... I have a blog full of fun stories! Pick one, read it, and leave a comment to let me know what you thought of it!

Catch You Further Upstream!
Posted by Leslie C at 3:27 PM