Reader's Review: "Cry of the Firebird" by Amy Kuivalainen 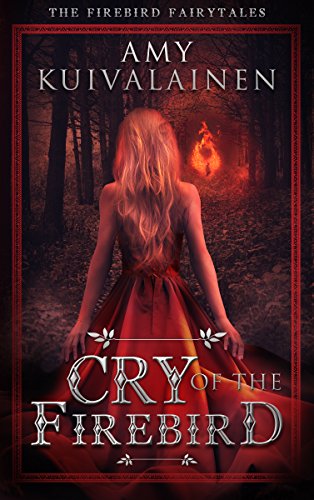 After the murder of Anya's shaman grandfather, Tuoni the Finnish God of the Dead, arrives to give her a mission; awaken her magic and take up the family mantle of Gate Keeper to Skazki, the Otherworld, before monsters and dark gods break in and start a war in the real world.

Joined by Yvan, a Skazki prince who can transform into the legendary firebird, Anya is hunted by the prince's dark-magic-wielding brother, and they are forced to flee to Skazki for safety. There, they meet a host of friendly and hostile forces, and Anya learns the secret history of her family.

Anya's magic is unstable, and she finds herself returning to the real world, bringing all of her new enemies with her...
>>>>>>>
*Note: This link goes to a pre-order listing for a release slated for 10/14/2021, since although I read this book and published this review a few years ago, it was pulled and is now being re-released. I have been assured that the story is still the same and definitely worth reading!

I picked up the whole trilogy when it was on a promotional sale, intending to get to it at some point--imagine my surprise when I found it on the shelf at my local library! Needless to say, this title got bumped up the TBR list on the spot, and I plowed through it in a matter of weeks!

I loved the story right from the start. Anya is a lonely, headstrong farm girl with very little family and a very strange grandfather--and her life gets completely turned on its head when Death himself meets her for coffee, and a flaming phoenix appears at her isolated little farmhouse. From then on, mythology mixes with the real world as Anya travels with the phoenix (and the man with whom it shares a body) to the mystical world from which her legacy came, the realm of Skazki, and discovers a host of new magical abilities her grandfather never told her about, while fighting to stay out of the reach of a diabolical enemy who will stop at nothing, not even killing her.

It was like reading a fresh new story from all my favorite mythological-fantasy authors, particularly the likes of Cornelia Funke and Naomi Novik, since a large part of the mythology used was Nordic in origin. Whether it was volk kroi (werewolf) or vampire, Thanatos (the "Grim Reaper" of Greek mythology) or a pair of Native American mystic Twins--each developed into their own unique character, with real-life struggles and strengths that weren't dependent on their other-worldly identities, which made them all incredibly relatable.
I loved the narrative style, the way the characters had time to build banter and interact between crises, the way Kuivalainen would pull back at times and give a brief "omniscient" view of an impending threat, calling attention to exquisite detail and building up the thrill for what is to come. The adventure is enchanting, and definitely be prepared to read for long stretches at a time, because each chapter pulls you in further until it's near impossible to put down!

In case it wasn't obvious, I definitely give this book a *****5 STAR***** rating, and if you're a myth and fairy-tale junkie like me, I would add an Upstream Writer Certified DEFINITELY RECOMMENDED. You will laugh, squeal, gasp, and turn pages all the way to the end--and then you will feel the urge to get your hands on the next book in the series (Ashes of the Firebird) as soon as possible! The Firebird Fairytales is a complete and utter win on all fronts, and not to be missed!