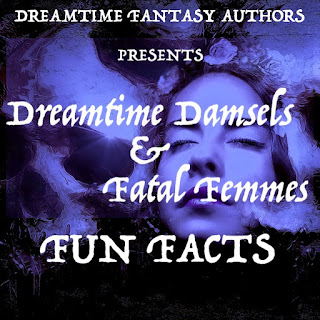 10 Facts About "A Wizard's Quandary" by Jaq D. Hawkins

1. During the planning stage of the anthology, Hawkins suggested to one of the other author's invited to submit that if they couldn't come up with a story to fit one of their existing series, they could write one to start a new series. After thinking about this, she decided to take her own advice and create a world entirely different from her existing books.


2. Khadri, the dragon no bigger than a wolverine, is full grown. Like fish in an aquarium, dragons grow to a size suitable for their environment. Khadri has lived in an Alchemist's tower all his life.

3. Khadri's ability to remain absolutely still and pretend to be a statue when strangers enter the tower is an instinctive dragon defense and hunting technique. In the Crystal Mountains, huge dragons might remain still while humans climb their scales, mistaking them for rocks.

5. The Crystal Mountains are considered taboo by every kingdom within reach of them. This is because it is populated by big scary dragons who eat trespassers.

6. Lesana is the king's Alchemist. He doesn't know that her lifelong study of Alchemy has included other forms of magic.

7. As far as anyone knows, no one who has entered the Crystal Mountains and returned. Lesana is the only exception, but the secret is known only by herself and Khadri.

8. Many real experiments in Alchemy through history have resulted in explosions and fire.

9. Lesana harbours a secret longing to return to the Crystal Mountains, despite the danger. For this reason, she has long since made preparations for a fast escape, should the king make unreasonable demands of her.

10. Lesana found Khadri's egg during her one illicit excursion into the Crystal Mountains when she was young.


10 Facts About "Muliebral The Bold" by Nav Logan

1. I like to know the meaning of names and often pick names suitable to the character. So, when looking for a name for my female lead character in this story, I checked for a suitable female name, and found this:


muliebral, adj.: 1. of, relating to, or characteristic of women : feminine
the sheer muliebral warmth of her— Richard Llewellyn. 2. Womanly nature or qualities. Womanhood.
Etymology: From Latin muliebris (“womanly”) +‎ -al.

2. "Muliebral the Bold" was the second story submitted, and the main character is a juxtapose character to the main character in another of my stories: Madame X, who used her feminine wiles and sexuality to empower herself and get ahead in life, as well as having serious identity issues.

3. Although I am Irish and live in Ireland, I lived for 20 years in the UK, mainly in Lancashire.

4. I'm very familiar with Northern dialects and mannerisms, which made this story such fun to write, and gave the characters additional depth.

5. Muliebral's sister had two names: Charity and Chastity, as I kept forgetting which one I'd opted for during writing. This only got resolved during editing. You can blame the Dingles in Emmerdale for this.

6. I like the fact that the sister is, on the face of it, everything womanly: fair of features etc, but despite this, she is actually quite useless at needlecraft etc.

7. "Muliebral the Bold" was written specifically after a challenge/request from Nils Visser (*Our fearless leader!--Leslie) to write a funny story about chainmail bikinis, knowing that I would try to approach this contentious issue in an appropriate manner.

8. He was giving directions on what type of stories he was looking for, and said something along the lines of, "So no stories about Barbarian women in chainmail bikinis... unless it's from Nav, of course," Naturally, I accepted the challenge immediately.

9. My all time favorite breed of horse are the Dales ponies... especially the black ones!

10. Dreamtime Damsels and Fatal Femmes is a charity anthology! As with Dreamtime Dragons, the Dreamtime Fantasy Authors continue to support the Abbington Ferret Refuge in Northamptonshire, England.

If you found these facts interesting, be sure to look for "A Wizard's Quandary" and "Muliebral The Bold" within the covers of Dreamtime Damsels and Fatal Femmes, by the Dreamtime Fantasy Authors!