Welcome to the BlogRoll: Characters Count! 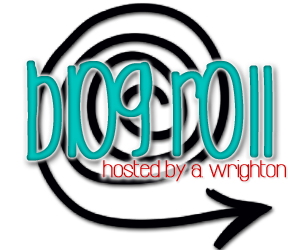 This blogroll is all about characters.
Writing them, editing them, defining them, and playing favorites with them.

If you’re participating in this blogroll, just answer the following questions, include the previously tagged authors and their blogs, and add some new authors/bloggers below.
*Note from your host, A. Wrighton: I’d appreciate you including the blogroll image above, but I won’t chase after you with any red pens of doom if you don’t. Yep, it’s really that simple.

What is the hardest thing you have to do when you create a character and what’s the easiest?
Hmm, I'd have to say that the hardest thing for me is describing the character's actual appearance. Sometimes I am able to "cast" my characters, and so I have a certain actor's features in mind to be able to incorporate into the narrative, but a lot of times, I mostly "see" the action of any given scene through the eyes of each character--and honestly, how many times does the average person consider how to describe their appearance over the course of a normal conversation?
The easiest thing would have to be naming the character. I love coming up with unique names, themed names, or just names that kind of fit the personality of the character.

Who is your favorite character that you’ve written?
Wow! Yeesh, I don't know... I think I'm going to have to go with Athelron, from my longest-running, on-again-off-again novel (it was my first fanfiction--took a couple years to finish, and then I went back and rewrote it--then earlier this year I tried rewriting it again... still not finished...) called Laurel of Andar.
He's kind of my gibe at the stereotypical "Tolkien-ish" Elf, with his attempt at aloofness and a rampant superiority complex: all Elves in my fantasy world value purity, but Athelron's country--Bregundia--takes it to a whole new level of exclusivity, keeping largely to themselves and defying any country who dares challenge them. An army coming against Bregundia will find their reputation besmirched, their army demoralized, and their allies turned against them before they even leave their own borders. The only person ranking high enough in any kingdom to receive deference from a visiting Bregundian Elf is the King. Everyone else must give way to the Bregundian.

This is where Athelron comes from--but then I took that and threw his lot in with a traveling troupe of performing pygmies led by a human who saved Athelron from a band of ruffians--so Athelron owes him a life-debt, which his sense of honor dictates he must serve. He's finding it harder and harder to distance himself from the people he has to travel all over the country with, more difficult to maintain his dignity. But underneath all his bluster and derision lies a heart of gold, fiercely loyal and courageous. I like him a lot. Plus... I may have "cast" David Tennant in the role... It was just too perfect an opportunity, what can I say?


Who is one character you wish you had written?
Oh gosh, this really isn't fair! There are so many good books I've read in the last year, with characters that I positively adore! But, pressed for an answer, I think I'd have to go with "Any of the characters in a David Baldacci novel--particularly Sean King or Michelle Maxwell." He has pretty much succeeded as my all-time favorite author, and I love the way he balances his characterizations and develops their personalities like real, level-headed people. His characters are awesome in every way, every time. I have yet to read a Baldacci novel that I didn't instantly love by the second chapter.

Is there a character type that intimidates you?
As a matter of fact, yes! I'm not one for in-depth, super-technical research, so if the kind of character I want works in, say, the engineering, computer, military, or political field, I am kind of at a loss for exactly how much the character should and would know.


Is there a character type that you’re really good at?
In my stories and my novels I tend to have really sarcastic characters, and at least one noble, "steady" type. I like my characters to be a little flawed--no Mary-Sues for me!--and they learn to deal with those flaws as the story develops.

Best tip/trick you’ve learned while writing characters?
Writing is the closest thing to mind control humans (in general) can have: the art of making whatever is going on within your head, happen in someone elses head. If there's one thing I've noticed, it's that the great writers can have full pages of sheer dialogue, but the reader can still track with who is speaking, because of the distinct characterizations. If your characterizations are clearly defined, you won't need a lot of "he said/she said" because the reader will automatically know (or at the very least assume correctly) who is speaking at a given moment.
When writing characters, don't worry about racial diversification if you're not going to make the dialogue any different. The reader won't care if you have an American, a Hispanic, and a Frenchman in a room together, if the only difference between the manner of the characters is that the American swears all the time. Give the characters distinct speech patterns as well as their appearance, and the distinctions will become clear without you having to specify. Sometimes, a certain personality will take on a distinct racial appearance--let it happen, but don't force a race on a character merely for diversity's sake. It's more fun to let the characters introduce themselves!

Did You Enjoy This? Any Further Questions? Leave A Comment! Meanwhile, check out these awesome blogs where the BlogRoll has been:

A. Wrighton – genre-bending novelist, screenwriter, and creative evil genius
Rachel Bolton – blogger, writer, designer, marketer…
Heidi Lillian – a lovely writer with many hats and stories
The Upstream Writer– A literary blog with a little bit of everything

Where Is It Going Next?

Kimberly Rogers – Writer, reviewer, fantasy lore-master....
Olivia C.– Inkspots... Where the ink drops...
Emily Ecrivaine Reviews – A blog by avid writers with a penchant for all things fandom!
Posted by Leslie C at 10:25 AM